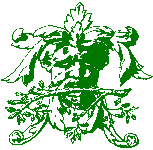 Trystan, a Pictish warrior, comes to seek service with his uncle, King Mark of Cornwall. He discovers that King Mark is about to offer his only daughter, Whitehands, as a sacrifice to the "Island Folk", a race of immortal beings who seem somehow to control the natural order of things. Trystan intervenes, and kills the Morholt (son of the Island King), who has come to collect the sacrifice. At this, the Island Folk withdraw their influence from the world, for good as well as for evil. As a result, it begins to seem that the natural flow of the seasons has been disrupted; neither will Trystan’s wound from the fight heal naturally. King Mark believes that relief for both Trystan and the mortal world at large, can only be obtained through the Morholt’s sister, Essylt, whose healing powers are proverbial. This end is achieved by trickery.

The Island Folk reluctantly accept that there must now be a relationship of equality between the two worlds. A marriage between Essylt and King Mark seals the treaty. But Essylt cannot forget that Trystan killed her brother and then tricked her. Unfortunately, circumstances are ripe to turn this hate into an even more deadly love.

The tale of Trystan, which ultimately became the most popular love story of mediaeval times, has its origins deep in Celtic mythology. The further back one traces it, the more marked a resemblance it bears to the other famous Celtic elopement tales, notably “Deirdre” and “Diarmaid and Grainne”; if traced far enough, they become almost indistinguishable.

By mediaeval times, it had become sentimentalised, and converted into a vehicle for various current ideas; with these aspects of it we are not concerned here, My aim has been to isolate the early mythological themes which the story contains.

A fairly obvious theme - one which “Trystan” shares with “Deirdre” and “Diarmaid” - is the seasonal one. The two suitors, old and young, stand for summer and winter. It is interesting to note that in the early versions of all three tales, the elopement ultimately fails, and the runaway bride has to return to her old husband at the end of the summer idyll (though sometimes a further turn of the cycle brings the young lover once more into the ascendant). This theme particularly has been obscured in sentimental modern versions, whose authors find its austerity unpalatable.

Also very interesting is the insistence that Essylt is a king’s daughter from Ireland. I would contend that “Ireland” is a mere figure of speech. An “Island beyond the western sea” is one of the three chief ways in which the Otherworld is expressed in Celtic Mythology (the other two being “underground” and “all about us but unseen”). The Otherworld is the country of the “Tuatha De Danaan”, a race of immortal folk who were expelled from our world by our own mortal ancestors. The Celtic immortals are not “gods” as understood in Classical mythology. Despite their immortality, they can die by violence, and their magical powers do not equip them with many of the strengths and qualities of the mortal race, A character in my version describes them thus:

“They are of that race who dwelt on earth before us,
Possessed of magic, yet strangely wanting,
As though their lives, stretched so long, were stretched to thinness.
They do not age nor sicken; only by violence can they die.
They grow to fullness in youth,
Then remain, frozen in perpetual springtime.
Their joys never pall,
Snowy blossom never leaves the trees.
But their laughter’s distant.
They envy us our warm earth, even in winter storms.”

If, therefore, Essylt is a member of the Tuatha De Danaan, the story of Trystan establishes links with another large section of Celtic mythology, that which tells of the dealings between mortals and immortals. One thinks particularly of Eochaidh and Etain, another pair of lovers who are mortal and immortal respectively. It is interesting to note that at the close of that tale (though not in the inevitable sentimental rewrites) the immortal Etain chooses mortality; despite its obvious drawbacks, mortality seems to be a more desirable state. I have borrowed this motif for the end of my “Trystan and Essylt”.

The problems of mortals and immortals may seem hopelessly remote from modern life. But this is not so. Mythology keeps its currency because it is a parable whose symbols don’t wear out. Every society provides tragic circumstances for people of different backgrounds, races or religions who become emotionally entangled.

A third theme which features prominently in this version of “Trystan and Essylt”, as well as in much other Celtic mythology is that of the innocent who tampers unwittingly with the natural order of things. Trystan’s rash intervention in the delicately balanced relations between Cornwall and the Otherworld can bring only dislocation, however honourable his motives. He can no more stand in for the Morholt than Gawain can stand in for the Green Knight. The natural order re-establishes itself, but sorrow falls on those who have disrupted it.

The idea of Trystan as a stranger at King Mark’s court is an early one, and seems to reflect the southward progress of the story itself. Drust, Drustan or Drostans was a common name in the land of the Picts, and it is here, in what is now southern Scotland, that the earliest versions of the story may be traced. The tale made its way south by way of Wales, where the hero appears as Drystan or Trystan. English mispronunciation of the Welsh “y” may be responsible for transforming the name to Tristan or Tristram, and by the time the story has made its way to Brittany, the text is making the ludicrous claim that the name derives from the French “triste”!

There is an early inscribed stone near Fowey in Cornwall which seems to commemorate one “Drustanus”. The nearby earthwork of Castle Dore has the same sort of traditional associations with King Mark that Cadbury Castle has with King Arthur; as at Cadbury, archaeology has tended to support this.

From this tangle of myth, folklore and conjectural history, it is possible to extract material for whatever one wishes to construct. So the story of Trystan retains the capability for endless re-interpretation.